Online booking available only for groups of 2 or more guests. Please contact us directly for availability for single travelers and pricing for large groups.

Vanilla is the most popular flavor in the world and is the farm’s major crop. Native to Central America and Mexico, it is also the second most expensive flavoring agent and the reason for its high cost is the labor-intensive nature of vanilla cultivation and processing. Each vanilla pod is the product of the manual pollination of the vanilla orchid flower. The pods, commercially called beans, have no flavour when picked, as the flavour develops during the curing process. The beans are very dark brown and contain tiny black seeds. Vanilla is the only edible fruit of the 35,000 orchid species. The vanilla grown in Costa Rica is a Vanilla planifolia (Fragrans) hybrid, cured according to the “Bourbon method” popular in Madagascar and the vanilla islands in the Indian Ocean. 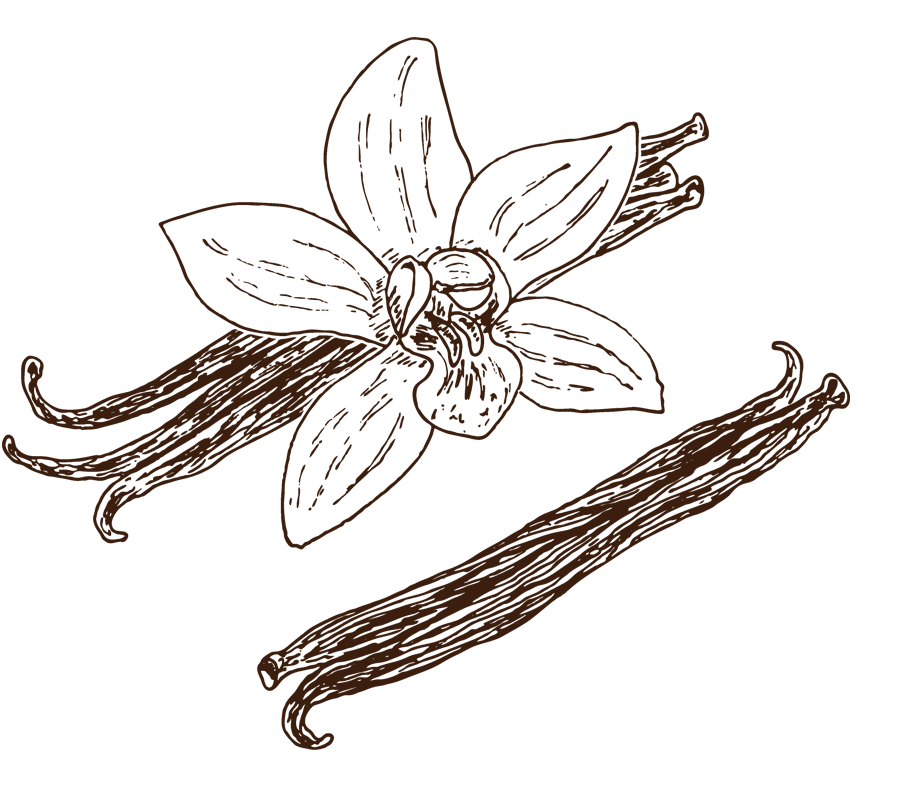 Do not be fooled!

When we started growing vanilla 22 years ago, the artificial proportion of the vanilla flavor industry was 90%, today the artificial percentage is 98%. Today only 2% of the vanilla flavor industry is supplied by truly natural vanilla beans. Traditional big food industry is only too willing to increase profits by substituting a WONF label (with other natural flavors) for natural vanilla beans. Consumers are mislead by the natural flavor label into thinking that they are consuming real vanilla bean products. The biotech vanilla is competing for the natural vanilla segment because the Food and Drug Administration (FDA) has deregulated and watered down the requirements for true vanilla labeling.

We vanilla growers worldwide and the ITNF (International Tropical Farmers’ Network) are especially grateful to the chefs, professional and amateur, who recognize the qualitative differences between real and artificial vanilla. We now need to educate consumers about natural flavors and their culinary and traditional medicine uses.

Even though vanilla is our most prized crop, we grow over 20 types of herbs and spices which we are equally proud of. Amongst these is cinnamon, the reddish, woody, aromatic spice you sprinkle on toast and use to flavor dishes such as applesauce and pumpkin pie. You might be surprised to know that the stuff we were raised eating most likely isn’t true cinnamon at all! In the United States, most products sold as cinnamon are actually cassia.

True cinnamon and cassia are cousins; both are made of the dried bark of species of Cinnamomum evergreen trees.Cassia originated in southern China. There are three distinct types of cassia available today: Indonesian cassia — the familiar kind mass-produced as cinnamon for the North American market; Chinese cassia — a rarer version that is both sweeter and more peppery and is ideal for baked goods; and Vietnamese cassia — a type only recently available in North America, with an intense flavor and aroma (only about two-thirds the amount of cinnamon called for in recipes is necessary with this variety).

All cassia is a dark, reddish brown and has a stronger, somewhat harsher flavor than its cousin, true, or Ceylon, cinnamon. True cinnamon originated from Sri Lanka. It has a paler tan color, a softer, more crumbly texture and a more delicate flavor than cassia. It also contains a chemical compound called eugenol, the same one that gives cloves their distinctive aroma, which makes it more fragrant.

Book the Tour
Go to Top